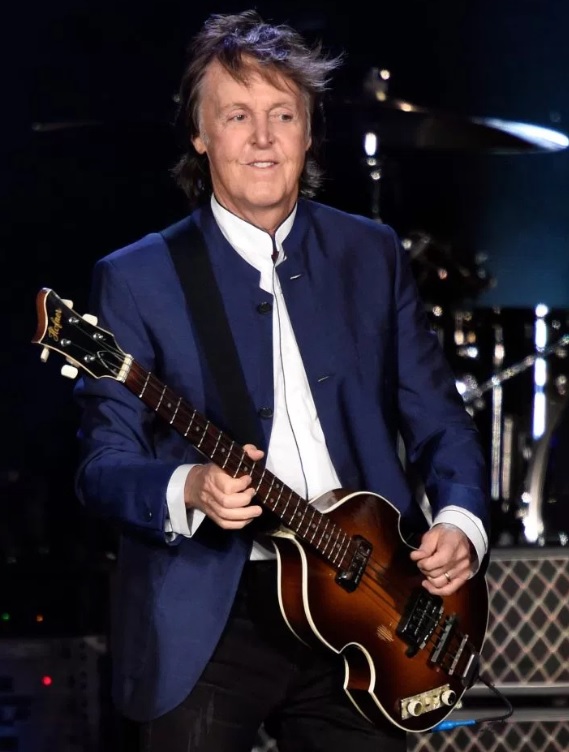 En av Pauls ryska fans har frågat Sir Paul McCartney på Pauls hemsida: ”What was the biggest – or one of the biggest – fears in your life and how did you overcome it?”

Paul: ”Biggest fears? There were two. When I was a kid it was just getting beaten up by a local gang. You know, that was a purely physical fear. Where I lived it was a hard estate and there were guys who if you saw them you would just go to the other side of the street. Because you knew they would just say, ’Hey you, who you lookin’ at?’ And there was no right answer! ’You!’ And they’re coming at you! ’Not you!’ And they’re coming at you!”

Och så var det scenskräcken. Paul: ”Performing, it was always the idea that the audience didn’t like you and you had to prove yourself. I think that’s why a lot of people get stage fright and get nervous. You think, ’Oh my god, I’m gonna be terrible, they hate me, and it’s all terrible.’ And so I think that was one of the earliest fears. I remember nearly giving it all up when we were doing a concert in Wembley – which was a Poll-Winners concert – in the really early days of The Beatles.”

Paul berättar vidare: ”And I remember feeling physically sick with a knot in my stomach thinking, ’I should give this up, this is just too painful, what am I doing?’ I got over it. And as you can see I didn’t ive it up! So that’s two different kinds of fears.”

På frågan om han fortfarande känner scenskräck, tillägger Paul: ”Not too bad. What I do is I always say to my promoter when a tour is coming up: ’Put one show on sale and see how it goes.’ ”And he’ll ring me back and say, ’It’s sold out! Twenty minutes!’ So I’ve got to assume that they like me. ”So it gives you a confidence and I think I can probably relax, they probably like me. And it means you can enjoy the show more.”